Our founder Edwin Henry Booth had one simple aim, “To sell the best goods he could buy in shops staffed with first-class assistants”

There’s a good reason why we describe ourselves as a family at Booths. And it’s not just because we’re a close, happy team of people. It’s because Booths has always been, and always will be, a family business.

Our story began in 1847, when Tea dealer Edwin Henry Booth, then aged 19, opened The China House in Blackpool with a loan of £80 in goods. Just three months later, he repaid the debt and made a profit of £50. As he extended his stock he became even more successful, always searching for the best goods he could find – just as we still do today!

Changes in the licensing laws allowed us to move into the wines and spirits trade in 1863, and new branches of EH Booth & Company were opened in Lytham in 1879 and Blackburn in 1884.

Under his eldest son John’s leadership, the business expanded and cafés were added in 1902. John Booth knew even then that enthusiastic people are vital to a successful business, rewarding all his assistants with a bonus and in 1920 inviting them to become shareholders.

Since then, the Booths family has continued to grow and develop the business, expanding into logistics and distribution, and creating the well-loved stores we know today.

“To sell the best goods he could buy in shops staffed with first class assistants” is still the philosophy at the heart of our business. We remain a family based Company, and we like to think that everyone who works here is part of that family, valued and cared for. You’ll notice the difference the minute you walk through the door.

Because Booths has always been, and always will be, a special place to work. 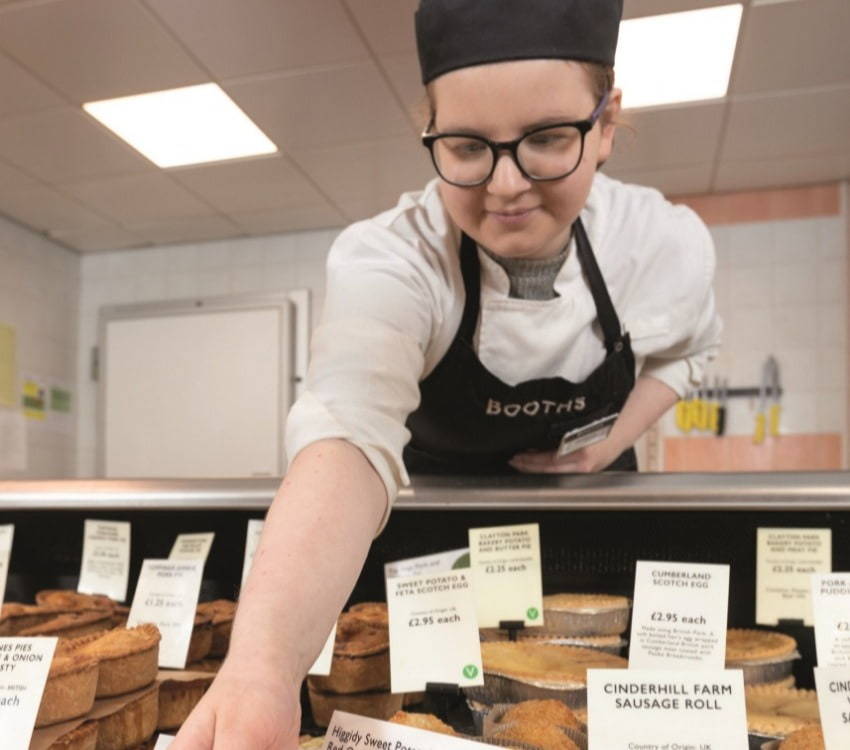 We’ve continued to grow throughout our history, and today over 3,000 people are happily working in our 27 stores – not to mention all the other incredible people who power our manufacturing, distribution and maintenance facilities, as well as those who drive our business from our Central Office.

We enjoy our difference, and our customers do too. We’re fiercely and proudly Northern, committed to our communities and our strong relationships with local producers. We know that customer service is everything, and we go further than anyone else to create a friendly, enjoyable shopping experience. It’s about getting to know our customers and letting them get to know us, so we can share our deep knowledge of our products and make trustworthy recommendations.

We don’t intend to stand still: we see an ever brighter future for Booths, our people and our customers. But we’ll only develop at a pace that’s right for all of us, never compromising those special qualities that make us who we are. Because being Booths, being special, is the most important thing we could do. And that’s special too.

The ‘Purpose’ is our business vision on a page and gives direction to our colleagues who work at Booths. It starts with a big dream and encompasses the spirit and focus of the Booths brand. Having an aligned set of beliefs means that we are all moving in the same direction and defining the ‘character’ traits, all our colleagues identify what great behaviour looks like at Booths.

Read more about us on the Booths Blog and latest news page.....